For how long am I already going on about the trousers project? Officially probably since about 6 months but really I had in mind to make trousers already 18 months ago.

and all these Sachensuchershorts for the children 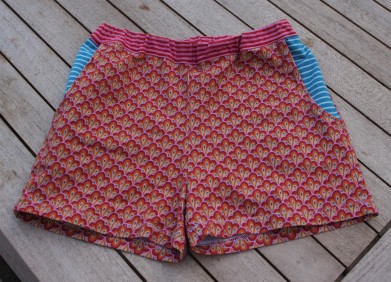 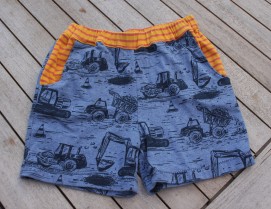 followed by a few leggings which I will be showing in a later post because we do not want to start a discussion if leggings actually are trousers or not.

I had been looking around for a basic pattern and found the Canelita e-book.

The first two pairs I made out of  light summer jeans, so a woven fabric.

I really like the details on them which gives them a professional look. I wasn’t convinced by the fit, first of all because it is too low-cut for my liking (although the boy looks a bit like a young Mick Jagger. If Mick Jagger ever wore trousers with cars on them) and I do not seem to be used to woven, unstretchy fabrics for children’s trousers anymore. I am slightly worried, the seams will break when they sit down or do a sudden unusual movement. 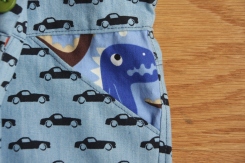 a perfect pair of clown trousers. 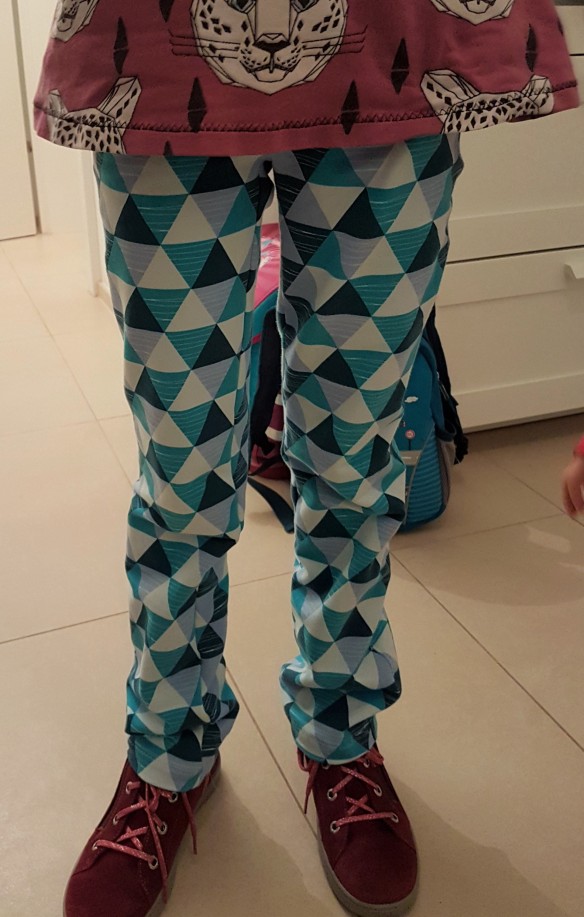 I had initially bought this fabric for a dress for myself but in the end, it became a cosy clown coat. Apparently the fabric was totally ridiculous and unsuitable for a grown up. Embarrassing. Strangely it is considered ok for trousers though.

The clown fabric has also been used for toddler clown trousers but I haven’t taken any pictures of it and it is peeking out of these trousers’ pockets.

The main fabric is actually also a hoody left over which I haven’t been able to show. The dad of Mr. No Thank You hasn’t been wearing it yet. 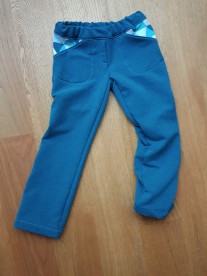 Since this second attempt worked surprisingly well, we went fabric shopping to get some really warm brushed sweat … 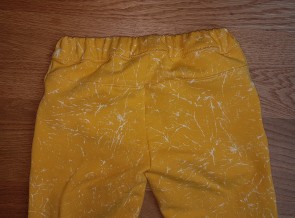 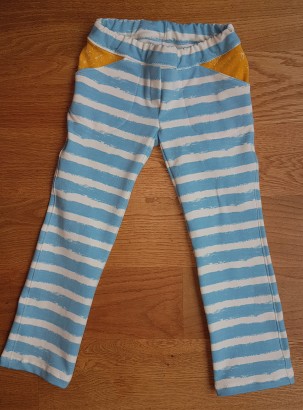 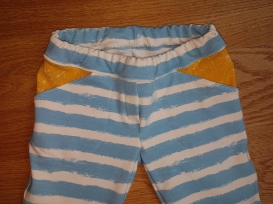 I had also ordered some corduroy to give the woven fabrics another chance but they are actually too thin for winter.

So far, the trousers project has been a huge success. At least partly. I think the pattern is fine for the girl, I might possibly make another one for winter and add half an inch at the hip to make it higher.

For the boy I am still thinking I’ll need a more suitable pattern for a pair of proper trousers, wide enough to move around and to allow a warm lining. Winter seems to be around the corner, so I might need to have to hurry up. Except that there are a few baby presents waiting to be made. Strange at my age to suddenly have so many friends having their first babies. I have already cut out the cutest fabric ever. Which I can’t show you as the new parents officially follow this blog. Not that I expect them to actually read anything these days.

Enough trousers for now, next time, I guess, I’ll have to show you some leggings and partner look projects. Mother – daughter – outfits have never really been my thing. Honestly.