As mentioned in my last post, I have, for the first time in my life, bought a fabric, last-minute, just because I had read a post by biostoffe that they had only a few metres left and that it had already been sold out in Germany.

So I bought 70cm of the – well lets call it – iconic building site fabric by lillestoff.  I felt guilty for being silly enough to follow a hype. But, I would like to point out, that I had asked my son if he liked it, before ordering. And he was at the time very into building sites and determined to become a builder one day (followed by a short yet strong firemen period and currently settling on actually being unsure about his professional future but we are once again loosing track.)

So, I made him a T-Shirt, using my usual pattydoo pattern. 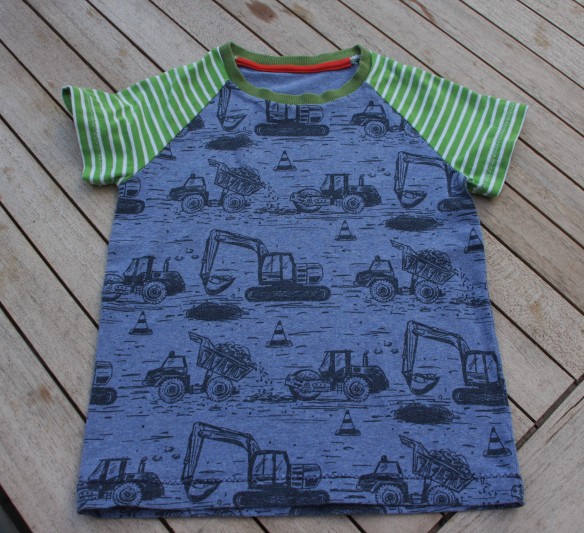 Quickly followed by a pair of Sachensuchershorts as seen in my last post. 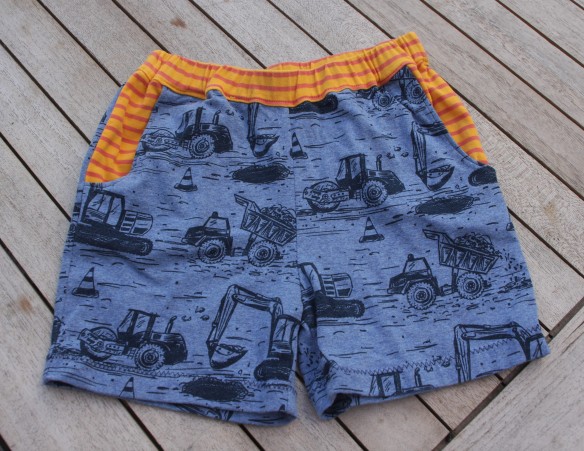 About 6 weeks ago, I had to make birthday presents for his 2 best friends, a set of twins, who were about to leave nursery (and therefore leave him).

A search through the fabric cupboard quickly led to the decision to make a pair of T-Shirts using up those last few cm of the building site fabric.

Initially, I meant to make non matching shirts but when I found those last bits of fabric, I thought it might be a nice reminder of their best friend and their time in nursery.

For the applications, I used freestyle machine embroidery rather than zigzagging the edges to match the style of the drawings. I guess I should not have used those precious pieces for practise but the boys won’t look that closely. 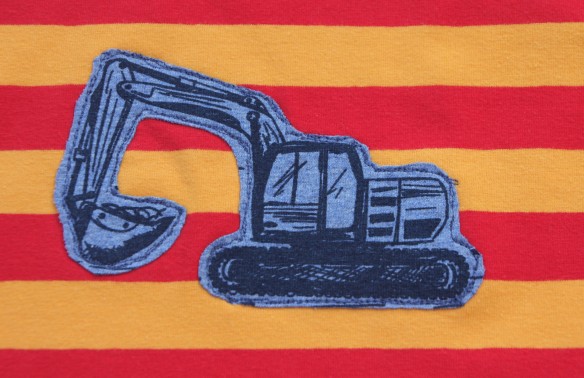 I really like the look of those two shirts and I am more than happy with my use of this particular fabric. I only have a tiny piece left, I think I have about two vehicles left that are still intact and could be used as applications.