Since my last post about tops and T-shirts, I have managed to make a few more. I haven’t managed to adapt the pattern the way I wanted though. I meant to change the raglan line but failed. Very confidently I did cut the good fabric though. Then I had a little crisis. Then I tried to at least safe it and could actually still use the pieces and cut again following the original pieces even though it meant that I had to shorten the front and back.

Once finished, I found the sleeves too short and added cuffs. 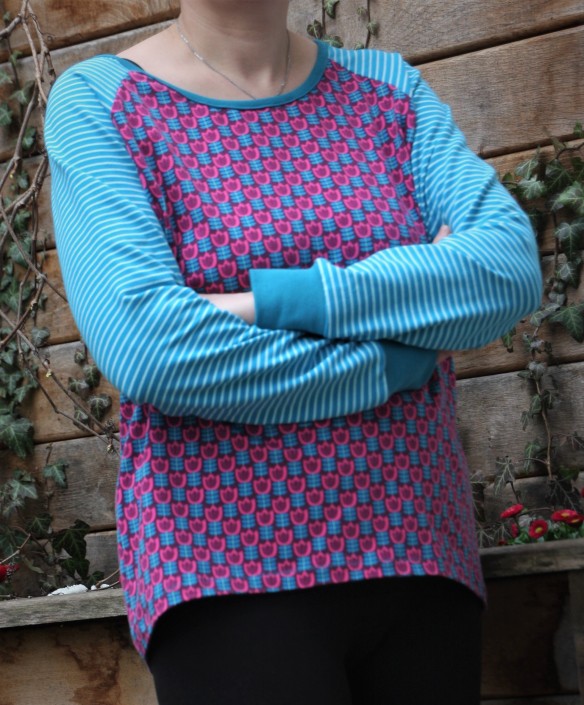 My daughter thinks, I look like a child. How silly. I think it looks like a perfectly mature woman in her pyjamas. And what is wrong with that?

As you can see with these contrasting fabrics, the raglan line is not ideal. It would be much better a bit more sleeve and less body.

Anyway, I also made two more short sleeved ones. Here one out of a lovely fabric that is apparently unsuitable for grown ups, too. She’s just jealous I guess. 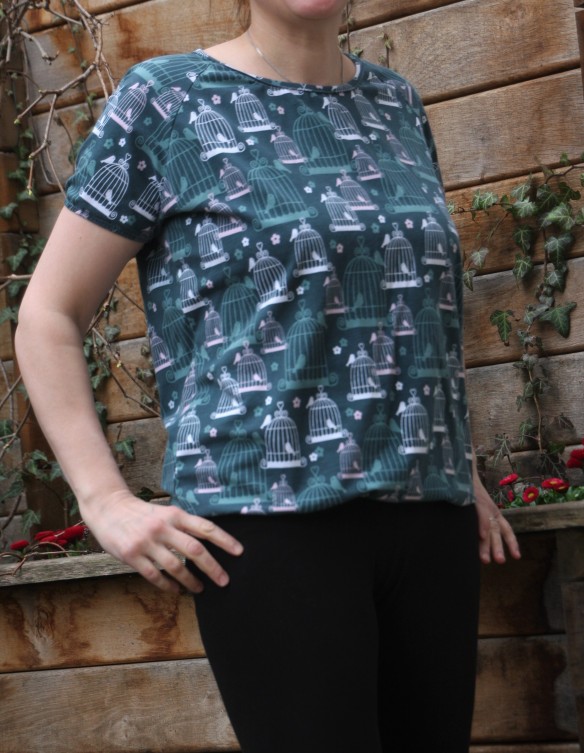 And since this pattern is supposed to be my new staple T-shirt, I made a first monochrome, too. Well almost monochrome. I tried really hard. Honestly.

I have used a viscose jersey for this one which feels nice and thin so far.

The slightly messed up neck line reminded me that I meant to make one with a little gathered bit in the centre of the neckline. I think this would fall nicely. Next time. But for now, I need to work on other things. Just saying sliiiiiiiightly delayed birthday present.  So watch this space while I go over to RUMS to watch other ladies’ projects.